The Dead Sea Scrolls
Written between the third and first centuries BC, the Dead Sea Scrolls include the oldest known biblical manuscripts in existence. Their discovery confirmed the text of the Bible has remained unchanged through the centuries.

In 68 BC, they were hidden in 11 caves in the Judean desert on the shores of the Dead Sea to protect them from the approaching Roman armies that would eventually destroy Jerusalem and the temple in 70 A.D..

They weren’t discovered again until 1947, when a young shepherd boy threw a rock in a cave and realized something was inside.

Since 1965, the scrolls have been on exhibit at the Shrine of the Book at The Israel Museum, Jerusalem. 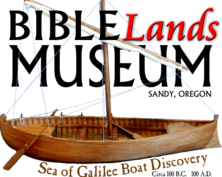