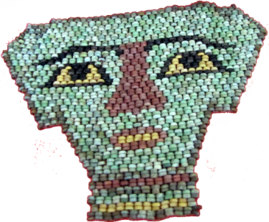 * Totally different construction from the description of Noah's ark that Moses recorded:
And God said unto Noah, The end of all flesh is come before me; for the earth is filled with violence through them; and, behold, I will destroy them with the earth.  Make thee an ark of gopher wood; rooms shalt thou make in the ark, and shalt pitch it within and without with pitch.     Genesis 6:13-14 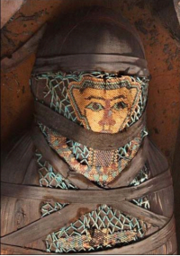 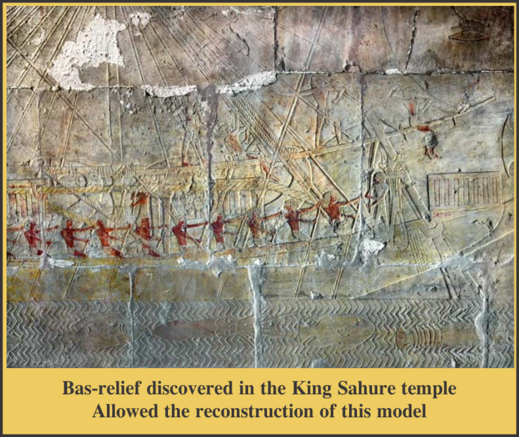 This ship is typical of the vessels used during the reign of Pharaoh Sahure over 4500 years ago in Egyptian history. During this time Egypt's expanding interests in trade goods such as ebony, incense such as Myrrh and frankincense, gold, copper and other useful metals inspired the ancient Egyptians to build suitable ships for navigation of the  open sea. They traded with Lebanon for cedar and traveled the length of the Red Sea to the Kingdom of Punt, which is modern day Ethiopia and Somalia for ebony, ivory and aromatic resins. Ship builders of that era did not use pegs (treenails) or metal fasteners, but relied on rope to keep their ships assembled. Planks and the superstructure were tightly tied and bound together. * See Note
Historical records and Egyptian art show that Pharaoh Sahure the second king of the 5th Dynasty established an ancient Egyptian navy and sent a fleet to Punt and traded with cultures in the Eastern Mediterranean.

Some wealthy Romans would have their remains mummified and buried in Egypt. A beaded mask of their likeness was then woven onto the outer shell. The art of mummification had deteriorated from the times of the Pharaohs 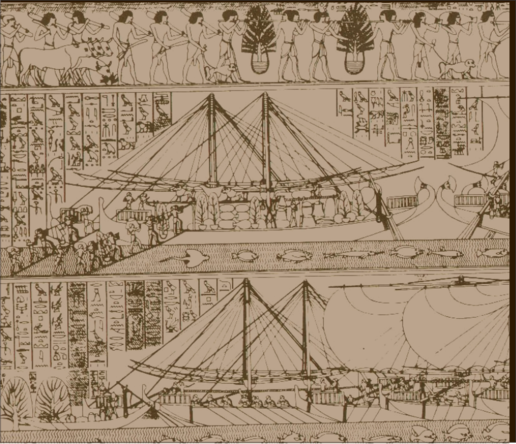