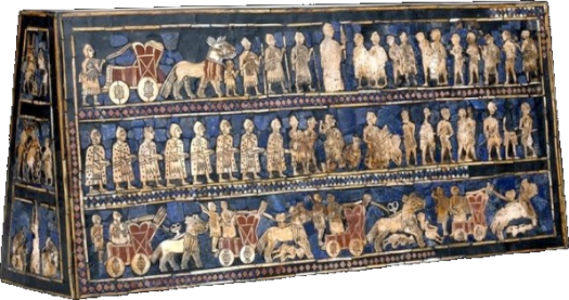 SUMERIAN STAR CHART
- Also Known As The "Sodom & Gomorrah" Tablet - 3300 BC
Exact Reproduction of the British Museum Sumerian star map recovered from the 650 BC underground library of King Assurbanipal in Nineveh, Iraq in the late 19th century.
Although late Babylonian in origin, computer analysis has matched the tablet's depiction of the heavens with the Mesopotamian sky of 3300 BC showing it to be a copy of an ancient Sumerian original.
The tablet is a form of Astrolabe, the earliest known astronomical instrument. It consists of a segmented, disk-shaped star chart with marked units of angle measure inscribed upon the rim. Unfortunately considerable parts of the planisphere on this tablet are missing (approximately 40%), damage which dates to the sacking of Nineveh. The reverse of the tablet is not inscribed. Still under study by modern scholars, the planisphere provides extraordinary evidence of a very sophisticated Sumerian astronomy.

Also called the Battle Standard of Ur measures 8.5 by 19.5 inches. The original is in the British Museum in London. It is made of wood and is inlaid with lapis lazuli, shell, and red limestone. The box has been restored due to deterioration over the years of the glue used to set the mosaic, and so may not be 100% accurate.

The Sumerian army is shown in battle with four-wheeled chariots trampling their enemies, spear men and other infantry. The panels also show prisoners taken before the king. These scenes are from what is usually called the "war" panel. The "peace" panel shows the other side of Sumerian life - a banquet with a musician playing the a lyre type instrument.

Its full purpose is not definitely known, but it clearly records the king and his court along with the spoils of military victory. The box was found in one of the largest chambers at the Royal Cemetery at Ur. Leonard Woolley, who excavated the item, speculated that it was carried on a pole as a war standard, and named it accordingly. Others have speculated that it was a musical instrument.

SUMARIAN DEDICATION CONE or 'NAIL’
2100BC-2000BC
Discovered during archeological excavations from the cornerstone of the  White Thunderbird temple in the ancient sumarian city of lagash,  written by a scribe of Gudea ruler of Mesopotamian; 2144BC - 2124BC Ruler of the city-state of Lagash. One of a dynasty of rulers in southern Mesopotamia who expanded their authority following the collapse of the Akkadian empire around 2190 BC.

Lagash was eventually absorbed into the kingdom of the Third Dynasty of Ur after 2100 BC. Several of these cones have been discovered in the region dating to Gudea’s rule.
This reproduction was molded directly  from the original cylinder cone currently in a private collection.

" Take ye therefore good heed unto yourselves; for ye saw no manner of similitude on the day that the LORD spake unto you in Horeb out of the midst of the fire:
Lest ye corrupt yourselves, and make you a graven image, the similitude of any figure, the likeness of male or female,
And lest thou lift up thine eyes unto heaven, and when thou seest the sun, and the moon, and the stars, even all the host of heaven, shouldest be driven to worship them, and serve them, which the LORD thy God hath divided unto all nations under the whole heaven. "                                                   Deuteronomy 4:15-16, 19

"And this shall be a sign unto thee from the LORD, that the LORD will do this thing that he hath spoken; Behold, I will bring again the shadow of the degrees, which is gone down in the sun dial of Ahaz, ten degrees backward. So the sun returned ten degrees, by which degrees it was gone down."               Isaiah 38:7-8 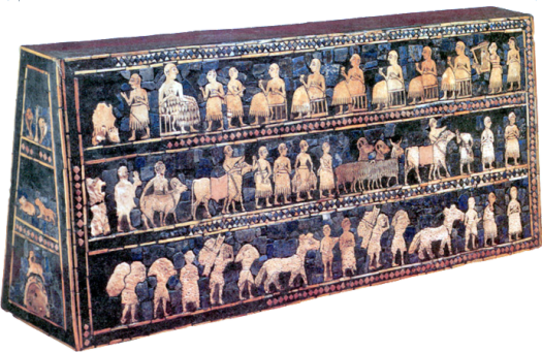 PEACE SIDE: Vanquished paraded before the king 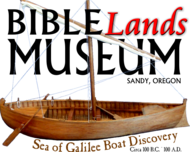 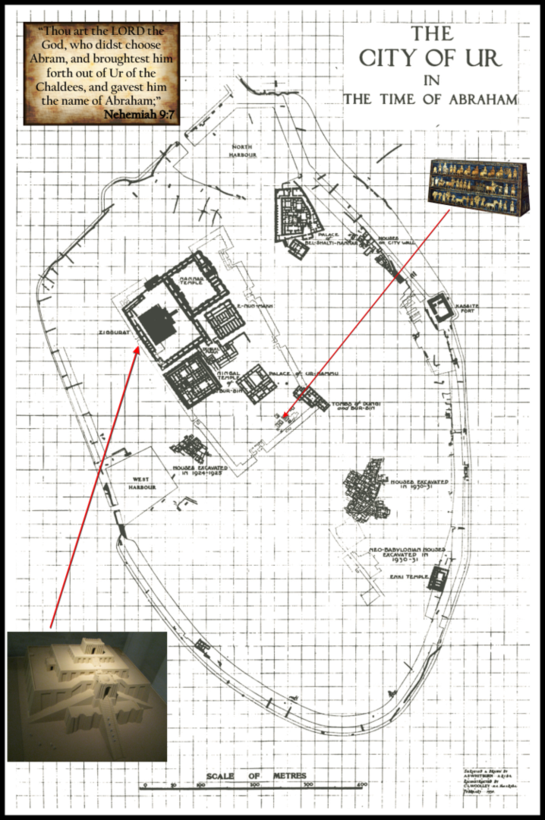 WAR SIDE: Note victims being run over by by the chariots 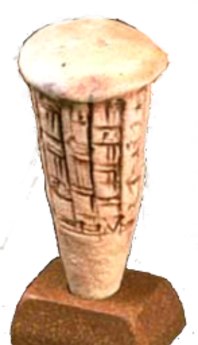 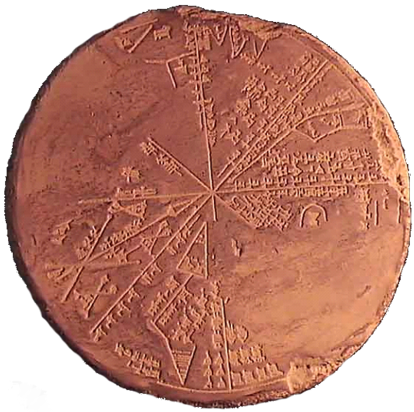