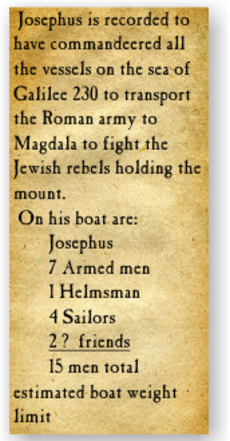 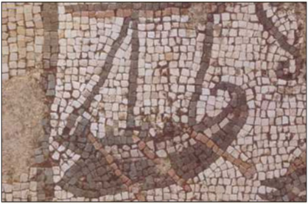 From the research team of Dr. Shelly Wachsman, Head  Archaeologist on the excavation, Bible Lands Museum has built a 4 foot scale model of what the boats in the 1st Century probably looked like. One perhaps like the one Andrew, Peter, James and John would have used. It is currently on Display.

In 1986 near Migdal on the Northwest coast of the Sea of Galilee an ancient fishing vessel dating to the 1st Century A.D. was discovered 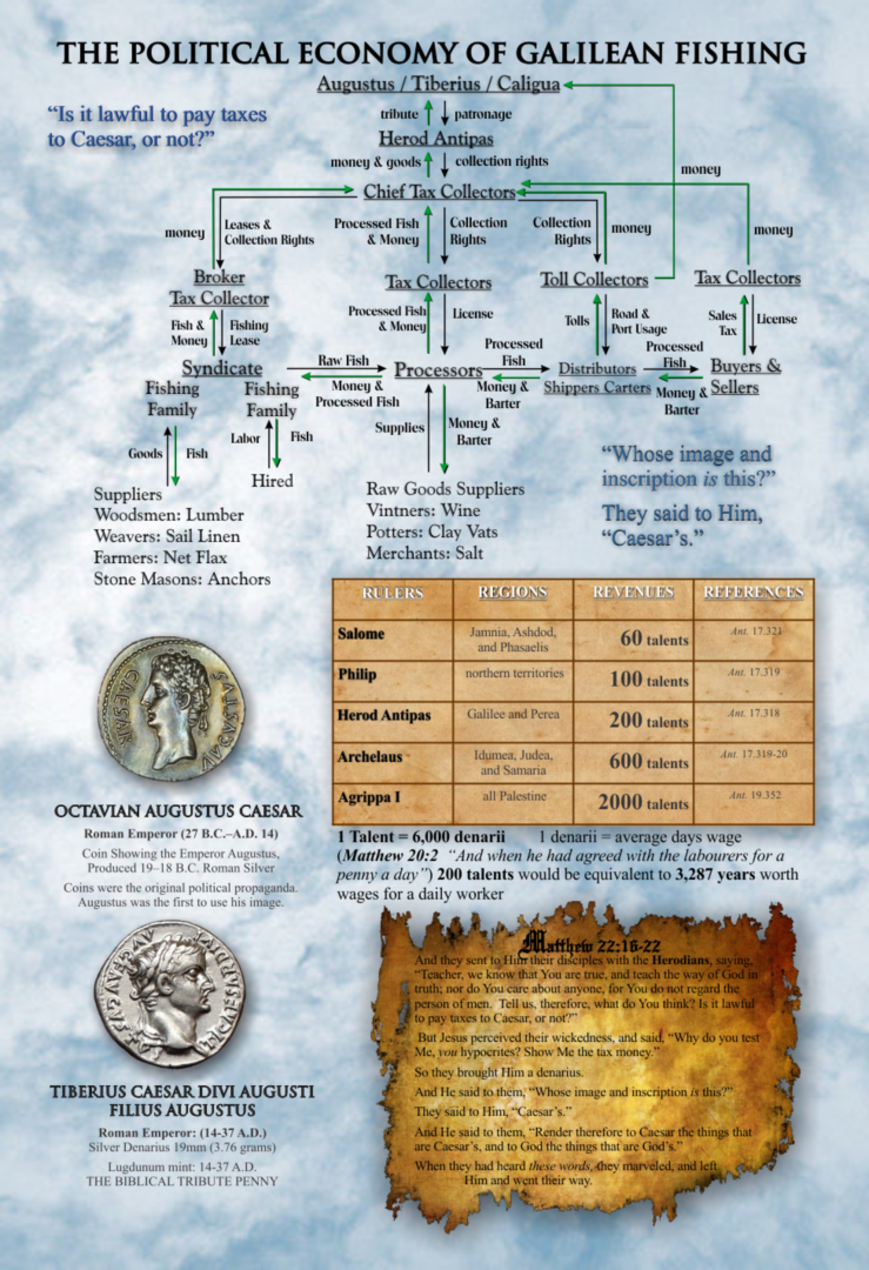 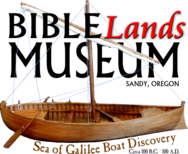 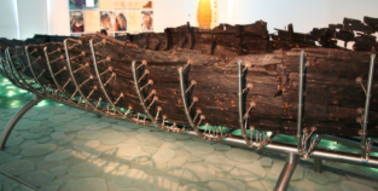 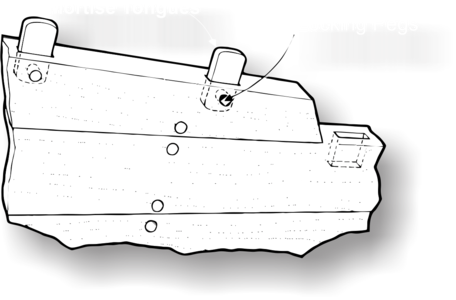 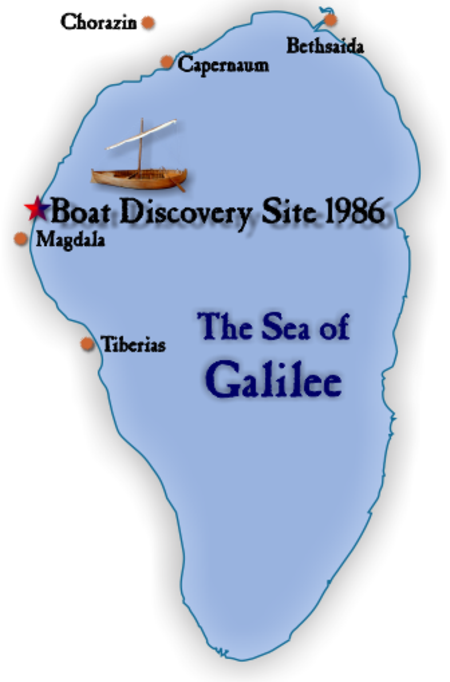 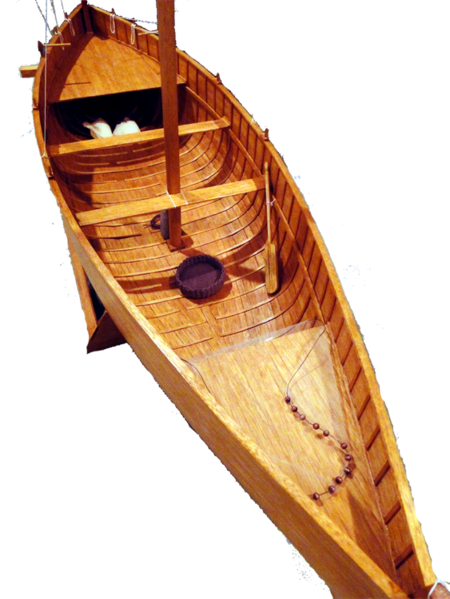 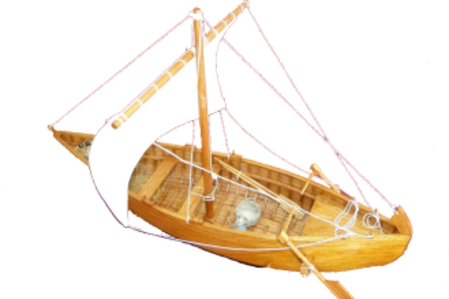 ​Migdal Nunia (Magdala) Boat Mosaic
Until the Sea of Galilee Boat discovery this was the only source of what the ships looked like in the first centuries BC-AD.

Construction Method
Mortise & Tenon: found in ancient ship wreck discoveries around the Mediterranean. Water tightness relied totally upon the swelling of the wood. No additional sealers were used.