Scourge from Italian scoriada, from Latin excoriare = "to flay" and corium = "skin” scorpio 'scorpion' is Latin for a Roman flagrum.
Hard material was affixed to multiple thongs to give a flesh-tearing 'bite'
1 Kings 12:11 "...My father scourged you with whips; I will scourge you with scorpions" 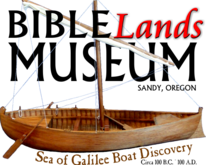 The major pathophysiologic effect of crucifixion, beyond the excruciating pain, was a marked interference with normal respiration, particularly exhalation. The weight of the body, pulling down on the outstretched arms and shoulders, would tend to fix the intercostal muscles in an inhalation state and thereby hinder passive exhalation.   Accordingly, exhalation was primarily diaphragmatic, and breathing was shallow. It is likely that this form of respiration would not suffice and that hypercarbia would soon result. The onset of muscle cramps or tetanic contractions, due to fatigue and hypercarbia, would hinder respiration even further.​
Inhalation: With elbows extended and shoulders abducted, respiratory muscles of inhalation are passively stretched and thorax is expanded.

Exhalation: With elbows flexed and shoulders adducted and with weight of body on nailed feet, exhalation is accomplished as active, rather than passive, process. The onset of muscle cramps or tetanic contractions, due to fatigue and hypercarbia, would hinder respiration even further.
Crurifragium was the act of shattering the bones of the legs with an iron club of the person crucified. By shattering the bone below knees would quicken death by placing place burden of exhalation on shoulder and arm muscles alone and exhaustion asphyxia would hasten death.

The Cross of Jehohanan (Yehohanan) was made from Olive wood which was the most abundant. There were so many crucifixions in 70 A.D.  when the Romans destroyed Jerusalem that wood had to be gathered as far away as Bethlehem. 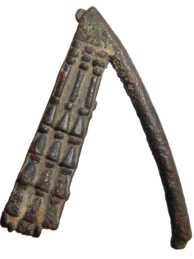 "Jehohanan The Son Of Hagkol"
Jehohanan (Yehohanan) was a man put to death by crucifixion in the 1st century CE, whose ossuary was found in 1968 when building contractors working in Giv'at ha-Mivtar, a Jewish neighborhood in northern East Jerusalem, accidentally uncovered a Jewish tomb. The Jewish stone ossuary had the Hebrew inscription "Jehohanan the son of Hagkol".

“From ancient literary sources we know that tens of thousands of people were crucified in the Roman Empire. In Palestine alone, the figure ran into the thousands. Yet until 1968 not a single victim of this horrifying method of execution had been uncovered archaeologically.” 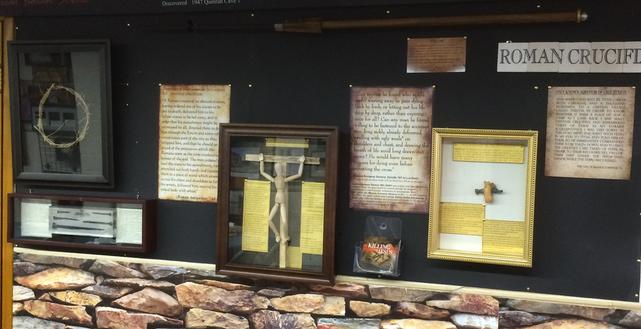 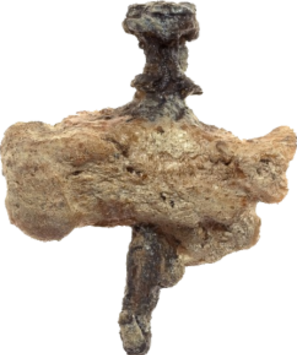 “The literary sources for the Roman period contain numerous descriptions of crucifixion but few exact details as to how the condemned were affixed to the cross. Unfortunately, the direct physical evidence here is also limited to one right heel calcaneum (heel bone) pierced by an 11.5 cm iron nail with traces of wood at both ends.”
“The nail was short and thus would not have been long enough to pierce two heel bones and the wood. There was no bone from a second heel; the nail pierced only one heel.”
Joe Zias, Curator Israel Department of Antiquities and Museums
Dr. Eliezer Sekeles, Hadassah Medical Center 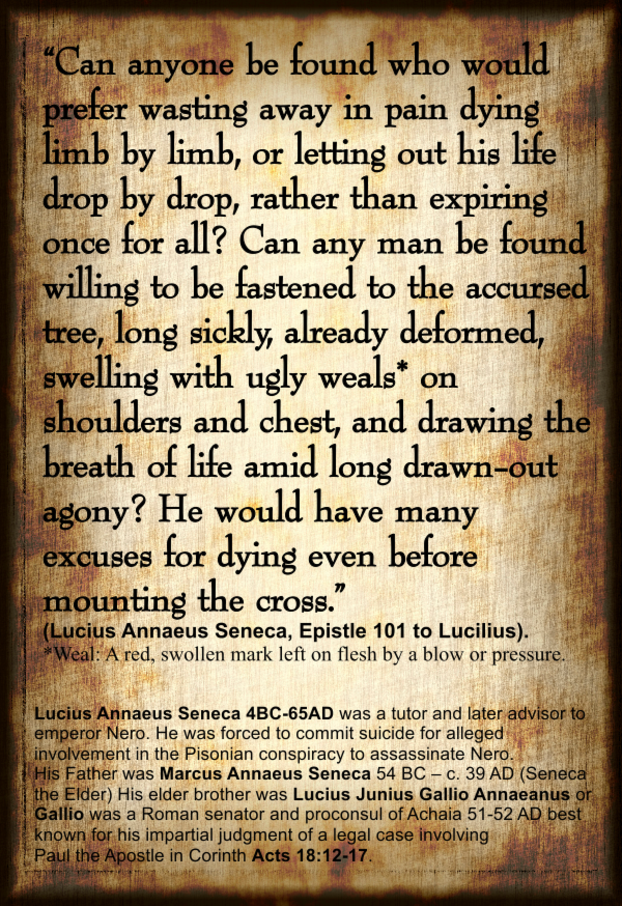 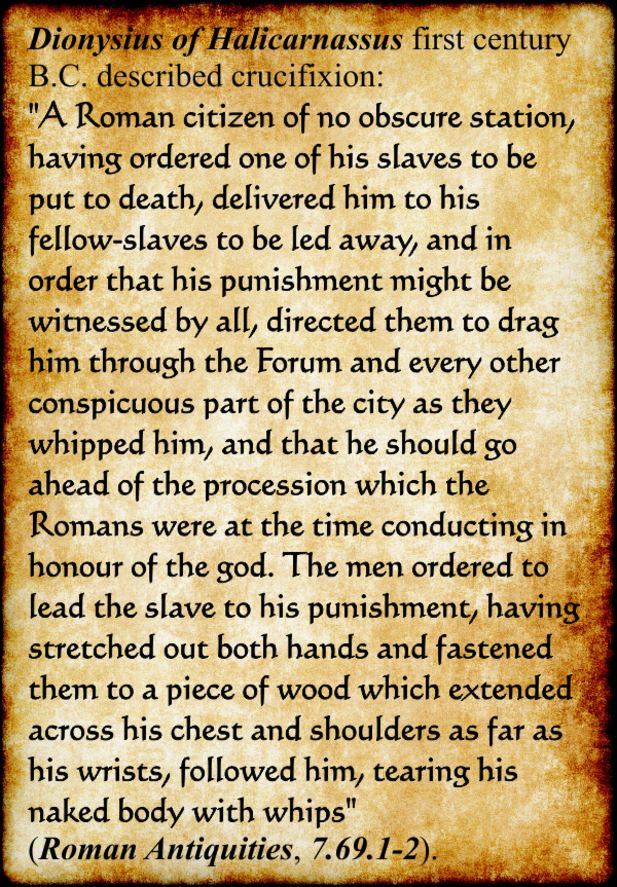