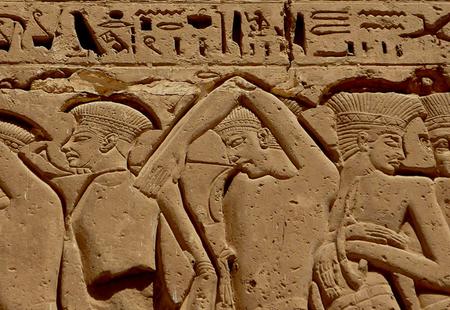 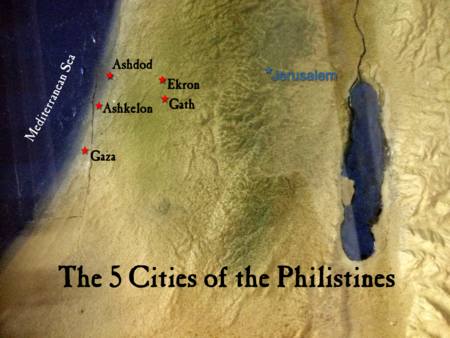 Throughout the Bronze Age, Egyptian culture influenced the peoples of ancient Palestine, including the Philistines. Among the many customs borrowed from Egypt was the tradition of burying deceased individuals of high rank in coffins modeled after the human form. Most probably, those interred in this fashion were Philistine aristocrats who emulated Egyptian ways. Philistine finds are less sophisticated than those found in Egypt.

Judges 16:23 Then the lords of the Philistines gathered them together for to offer a great sacrifice unto Dagon their god, and to rejoice: for they said, Our god hath delivered Samson our enemy into our hand.
1Samuel 5:2-5  When the Philistines took the ark of God, they brought it into the house of Dagon, and set it by Dagon.
And when they of Ashdod arose early on the morrow, behold, Dagon was fallen upon his face to the earth before the ark of the LORD. And they took Dagon, and set him in his place again.
And when they arose early on the morrow morning, behold, Dagon was fallen upon his face to the ground before the ark of the LORD; and the head of Dagon and both the palms of his hands were cut off upon the threshold; only the stump of Dagon was left to him.
Therefore neither the priests of Dagon, nor any that come into Dagon’s house, tread on the threshold of Dagon in Ashdod unto this day.
1Chronicles 10:10  And they put his armour in the house of their gods, and fastened his head in the temple of Dagon. 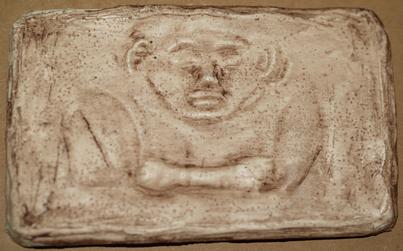 Almost the exact same images as this  have been found in ancient Mesopotamia. There are strong parallels between Dagon and the Greek Titan god Poseidon. Poseidon in turn has interesting parallels to Noah.